How To Diagnose a Bad Motherboard? 12 Best Ways

In this blog, we have elaborated on the ways through which you can identify how to diagnose a bad motherboard. Taking things further, the motherboard is one of the main components of the computer and if it fails, it will usually result in a fully dead machine.

If the motherboard is corrupted, fans, discs, and other peripherals may spin up, but more often than not, nothing occurs when you switch on the power. There were no beeps, lights, fans, or anything else. Think again if you believe you have a dead motherboard. A blown fuse or breaker at the wall receptacle is the most probable cause of a dead system.

If you’re positive the system is receiving power and you’ve just installed the motherboard, it’s far more probable that you didn’t connect a cable or made some other fundamental mistake than that the motherboard itself is defective, provided, of course, that the defective motherboard is a high-quality product.

The motherboard is the primary component of any electronic device that connects all of the other electronic components, including RAM, ROM, the CPU, hard disc drives (HDD), graphics cards, bridges, PCI ports, and CMOS.

The motherboard is one of the most expensive components found in laptops and desktop computers. If the motherboard has to be replaced because it has been damaged in some manner, you will need to look for a suitable motherboard that can be utilized with the hard drive, CPU, RAM, and other components that are currently installed, which is never a pleasant procedure. Instead of trying to fix their present laptop or computer, most consumers choose to get a new one.

To provide you with an easy way so that you can know how to diagnose a bad motherboard, we have listed all the possible signs and causes of a motherboard failure

🌟 In a hurry? Check out my new post on How to Test Motherboard?

Following are some of the symptoms of a failing motherboard:

When you push the power button on the bottom of your laptop or computer, it fails to load and displays no display. This might be due to a motherboard issue.

When you start your computer, if it displays a blue screen with failure warnings and error codes, there might be issues with numerous components such as RAM, HDD, and even the motherboard. Some motherboard manufacturers will also indicate the source of the issue.

When you first start your computer, it will operate correctly, but as you continue to use it, it will freeze. There are several reasons for computer freezing. It might be a problem with software or hardware.

If this freezing occurs often, there are more significant issues in the motherboard. And you’re probably not aware of the situation until it’s too late.

🌟 Also, check out our separate post on How To Pick a Motherboard? Best Guide

Your computer may restart unexpectedly from time to time owing to insufficient power delivered by the motherboard to various components connected to it.

Your computer may restart suddenly for a number of reasons, including power supply issues, malicious malware, overheating, or driver issues. The reasons include heat-related issues, dust, grime, hair, and even viruses.

Sometimes hardware such as USB ports, Audio ports, Mouse ports, and other internal components such as RAM, CPU, Graphics Card, CMOS, and BIOS cease working correctly due to insufficient power. It might indicate a defective motherboard.

If your motherboard is too old, the performance of your computers may suffer. For example, your computer may take a long time to start up.

7. Insufficient Power and Data Speed for the Component

If your motherboard cannot transmit adequate power and data flow to the different components, your computer may sometimes cease operating, and the rates of the CPU and motherboard-attached fans will slow down.

🌟 Go through our epic guide on How to Choose a Motherboard? Exclusive Guide

Sometimes the PC overheats excessively, and you will notice that the laptop is hotter than usual.

9. Strange Beeps from the PC

We may diagnose the issue in the hardware using the beep patterns in your BIOS.

Repeated beeps in the Award BIOS indicate a memory problem. There may be issues with the motherboard’s memory or memory slots.

10. Burning Odor From the Motherboard

If your laptop or PC emits a burning odor, this might be a sign of a faulty motherboard. In the case of PCs, remove the CPU shell and inspect it from the motherboard.

First, open your PC’s or laptop’s case, and if you see capacitors in the motherboard are pierced and bulging in size, your motherboard is more likely to be destroyed sooner.

Also, if the motherboard’s capacitor is burned and discolored, your motherboard is more likely to be damaged.

When you open your PC’s casing and discover that the motherboard is bent owing to a variety of factors such as overheating, physical damage, and so on, it might destroy your system.

Mechanical overstress or heat shock may cause a PCB board to shatter.

The Root Cause of Motherboard Failure

If your laptop or PC’s motherboard experiences power fluctuations or spikes, your motherboard is more likely to be destroyed.

As we all know, motherboards only function with DC power; if your power supply fails and supplies a direct or heavily fluctuating AC current, the motherboard may be damaged.

To protect your motherboard from electrical spikes and oscillations, use a high-quality Surge Protector. Please also speak with technicians since they may result in serious damage.

If you do not service your laptop or PC on a regular basis, dust particles will accumulate on your motherboard, affecting the IC of the CPU and jamming the processor fan, reducing the life of the motherboard. Corrosive dust might harm the motherboard’s switches and contacts.

Many factors, such as dust and voltage fluctuations, may cause your motherboard temperature to rise, progressively overheating the whole system and generating a terrible smell in the motherboard, which is an indication of a damaged motherboard. Overheating may occur when the motherboard and CPU fans get clogged.

We may avoid this by applying heatsink paste between the CPU and the processor fans. Regularly clean the motherboard. Utilize temperature monitoring and alarm software. In the cool room, use the laptop.

Overheating causes most contemporary computers and laptops to shut down automatically.

🌟 Follow our guide to fixing How to Fix Motherboard Temperature High? Best Guide

Burnt transistors or chipped circuits, for example, might trigger a catastrophic failure of signs of a broken motherboard.

Precaution: Move your laptop and computer with care.

Every electrical device is alive. They are not invincible. Similarly, the Motherboard will be more susceptible to harm as it ages.

Prevention: If the motherboard is in poor condition, it is best not to use it and to replace it with a new one.

🌟 Do check our latest post on the What Is The Best Way To Test a Motherboard?

If any liquid falls on the motherboard, it has the potential to short-circuit. This will harm not just the motherboard but also the rest of your computer system.

Avoid bringing liquid items near your computer or laptop. If liquid falls on the motherboard, switch it off immediately and take it to a professional.

Cheap motherboards are more likely to be defective. Most low-cost motherboards have low-cost components that may be poorly built. This may result in cooling concerns.

As a result, always purchase new laptops and motherboards from reputable manufacturers.

Faulty motherboards are also caused by lightning. Lightning will also harm the electric circuit board. It is a natural process that is tough to defend against.

Steps to Troubleshoot a Bad Motherboard

Knowing, how to diagnose a bad motherboard is a complex operation due to the various components that are linked to it, making it difficult to determine the precise source of the issue.

If you have experienced problems such as the emergence of an error code, the creation of beeps, system locking, an unexpected restart, a BSOD error, ports that do not operate, or memory modules that fail.

Check out the troubleshooting instructions for your motherboard, which are listed below.

If you have not tried a software or hardware tool to analyze how to diagnose a bad motherboard or CPU, you may want to take your computer to a computer repair shop. Be aware that they may also recommend replacing the motherboard or CPU if they find one or both to be defective.

FAQs for How To Diagnose a Bad Motherboard

How To Diagnose a Bad Motherboard?

Since the motherboard is the computer, the typical indication of a malfunctioning motherboard is a completely inoperable machine. Fans, discs, and other peripherals may spin if the motherboard is dead, but when you turn on the power, typically nothing occurs. There were no beeps, lights, or fans present.

How do I know if my power supply or motherboard is bad?

Turn off the power supply, connect it to the outlet, and then turn it on. Now, you should observe lights on your motherboard. Verify that your machine boots into the BIOS. Something is amiss if the BIOS screen does not appear on your monitor.

How do I know if my motherboard is fried?

Smoke or burnt circuitry are apparent warning signals, but you should also inspect the capacitors, which are cylindrical and located at various points on the circuit board. They filter the electricity travelling to the various components on the board, and power surges and overheating can harm them.

Is there a way to test a motherboard?

Self-testing the motherboard is the initial method of testing it. If your motherboard is defective, your computer will not boot and you will get an error message in the BIOS menu. You should upgrade your BIOS if necessary. The motherboard comes pre-installed with multiple additional hardware components. In this article we will put light on the reasons that leads to motherboard failure and... In this article, we will conclude that will a motherboard post without a CPU.... 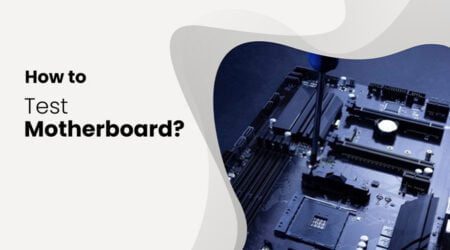 How to Test Motherboard?

When you purchase a motherboard, you must first examine it before installing it on... 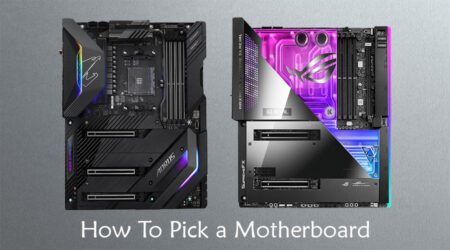 How To Pick a Motherboard? Best Guide

Though the greatest graphics card and CPU are frequently given more consideration, picking the... 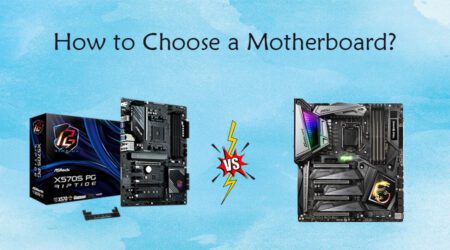 How to Choose a Motherboard? Exclusive Guide

The motherboard is the most critical component of a computer since it controls what...

By Jennifer
•
Updated 4 months ago 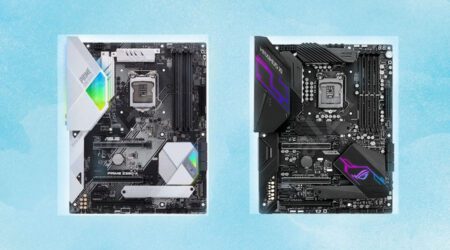 Best Motherboards for i7 9700K

Since the motherboard is just a piece of plastic that holds all of the...

By Anthony
•
Updated 4 months ago