Is there a lot of work being done on your CPU? No, CPU Usage is not affected by RAM. You are looking for a solution, and a friend suggested that you increase the amount of RAM in your computer. However, you are unsure as to whether or not it will work. Before making any financial commitments, you want to be specific.

You are making progress in the right way. This article will expose the actual RAM and CPU Usage. You may get the answers to all of your queries and worries by attentively reading this text. Your computer’s processor, also known as the central processing unit (CPU), is the component that carries out the mathematical operations referred to as “computing.”

The term “memory” refers to the temporary storage of information that is ready to be processed and “random access memory” (RAM) is a type of memory (as opposed to being stored for future reference.) RAM is not the only kind of memory that a computer can utilize; in addition to the hard drive, it can also use external media such as USB sticks and other similar devices. Adding more RAM to your computer could make it run faster, but it won’t necessarily fix the issue of excessive CPU use.

Also, check out our separate post on Best CPU under $300

No, RAM does not affect CPU Usage. However, more RAM improves CPU Usage. The RAM will allow the CPU to access files more quickly. The CPU’s performance or speed is sometimes enhanced through faster file access. However, increasing RAM cannot increase CPU/memory consumption. The CPU (processor) is the computer’s mental center. The CPU handles all actions involving data processing.

The RAM used by the CPU is known as CACHE. The CPU’s core has a significant impact on CPU Usage. The hands of a person are the CPU core. You can work more quickly the more hands you have. Therefore, the CPU does its duty more quickly the more cores it has. Additionally, it will reduce CPU Usage. On the other hand, the RAM serves as a quick storage data center where the CPU stores crucial information for quick access.

The CPU runs more quickly the more RAM you have since it can quickly access data. But the CPU Usage won’t go down. RAM enables the CPU to execute multiple processes simultaneously and serves as storage that speeds up file access. For instance, if you have more RAM, you can run a professional editing program alongside an office program and listen to music simultaneously.

Will Your PC Run Faster With More RAM?

The CPU can access the required file more quickly with more RAM. The file can be processed by the CPU more rapidly. Additionally, the CPU can execute multiple applications concurrently. So having more RAM boosts the productivity of the CPU.

The health of your PC is also impacted by installing a significant quantity of RAM. Increasing the RAM won’t help if your motherboard and CPU can’t handle its half-speed.

The maximum amount of RAM, your MOBO, can support is sometimes found on the MOBO manufacturer’s website. If the RAM exceeds the MOBO and CPU’s performance limits, performance will not rise.

How Much RAM Is Better?

Every expert and staff member has unique requirements. Hence they need RAM of varying capacities. Therefore, no single answer is how much RAM will suffice for you. You can always add as much RAM as your motherboard will allow.  However, you decide how much RAM you need to do your work. I sampled some RAM under various workloads to figure out how much RAM you really need. So that you can find out your RAM, keep reading.

I utilized a 24-core AMD RyzenTM ThreadripperTM 3960X processor, an ASUS Zenith II extreme motherboard, and an RTX 2080 Super GPU with an MP600 SSD for the test (1Tb).

These are the outcomes for various RAM:

Before doing anything, the RAM is at 69% after Windows has started.

In Google Chrome, I could open approximately 6-7 non-video tabs without experiencing any slowness.

The computer crashes after 125 tabs have been opened in Google Chrome.

In a hurry? Check out my new post on Best Gaming RAM in 2022

The 8GB model performed much better than the 4GB version. It’s not a problem for me to watch up to four 4K videos on YouTube while juggling 27 tabs simultaneously. The machine got sluggish when I attempted to navigate between tabs or reload them after opening 630 of them on Google Chrome.

In light of this, if you want to get the most out of Windows, you must have at least 8 Gigabytes of Random Access Memory.

Rider in the Shadow of the Tomb

Every one of the Games may be played at a resolution of 1440p on the most challenging level with no motion blur.

However, the overall quality of the gaming experience for the first two was much worse, owing to random decreases in frame rate. And the percentage of used page files was identical for both games at 60%.

At 8GB RAM, there was no dragging, and the gaming experience was significantly smoother than the 4GB RAM. While playing the game, there was hardly any shuttering or hitching.

To answer your question, yes, 8 gigabytes is plenty for gaming.

You won’t have any trouble playing games in the 8GB even if you have other applications users to run because Tomb Rider and Six Siege each used between 7 and 7.5 gigabytes of random access memory while running. Because of this, you won’t be able to complete any further work.

The game performance is unaffected whether you have 16GB or 32RAM, and I had enough RAM left after that to run Discord and other streaming or recording apps.

The following is a comparison of the performance of 16GB RAM and 32GB RAM while gaming:

When it comes to the execution of everyday tasks, anything above 32 gigabytes of RAM feels like overkill. You’ll be able to play games with recording software and Discord if you have 32 GB of RAM, and if music is more your thing, you can do that too.

How can You Lower CPU Usages?

The programs started to lag or get stuck when your mouse movement was jerky or sluggish. Then you need to open the Task Manager and look at how much of your CPU Usage.

The following is a list of the several ways to launch the Task Manager:

Method 1: To open the task manager, press “CTRL+SHIFT+DELETE” and then pick it.

Method 2: In the Task Bar, click the right mouse button, and then pick Task Manager.

The following are some suggestions that might help lower the high consumption of the CPU:

Service Host: Restart the process if you notice that any service host applications utilize more CPU memory than usual. To do this, go to the search box, type “msc,” right-click the process you want to restart, and then choose “Restart.”

If you are still experiencing excessive CPU Usage, I strongly suggest you do an antivirus scan. Do a scan using Windows Defender or another virus protection tool.

Which CPU Usage is excessive?

If the CPU Usage is close to 100%, this indicates that your machine is attempting to do more work than it is capable of doing at the moment. It is often not a problem, but it implies that the applications you run could move slowly. Computers tend to consume very close to 100% of their central processing units when doing tasks requiring a significant amount of calculation, like playing games.

It is customary for the CPU Usage for no more than 10% of its time while the machine is idle. Windows 10 and the applications running on your personal computer continuously check for alerts and generate log files in the background. It creates consistent utilization of resources, but there is no need to be concerned about it. It utilizes Windows Task Manager to monitor the CPU utilization on a dormant computer.

Is Will having too much RAM cause problems for my computer?

Even if you have a sufficient amount of RAM already installed, adding more of it will ultimately cause the computer’s performance to suffer. After a certain point, the extra RAM will begin to be subject to the law of decreasing returns, which indicates that you will not benefit very much from it.

A more powerful CPU will assist with streaming media or operating many software applications simultaneously. On the other hand, having a lot of RAM will make it easier to multitask and boost speed in activities and applications that are particularly difficult.

Many people feel that 64 gigabytes of RAM are excessive since it is substantially more than required. A typical laptop would utilize around 4 GB of RAM every day in a perfect world. Even gamers who spend most of their time on their PC will be OK with only 16 or 32 gigabytes of storage space to future-proof their system.

How can I tell if my computer needs extra memory (RAM)?

There are three clear signals that your computer needs extra memory.
It may take a while for applications to load, and files may not open immediately.
You get a notice stating that memory is corrupted, or your computer uses up at least 80 percent of its available memory.
You can’t execute numerous apps at the same time.

To cut a long tale short, the amount of RAM you use does not affect how much of your CPU. The number of cores included inside the processor is the primary determinant here. Increasing your RAM, on the other hand, will improve the performance of your CPU.

After reading this article, I’m confident you won’t have any questions or concerns left unanswered. In addition to that, I have provided some suggestions that should help bring the CPU consumption down. If you have any difficulties, I strongly advise you to put those suggestions into practice. 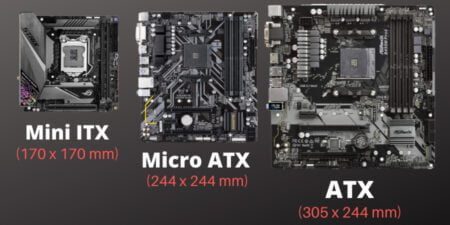 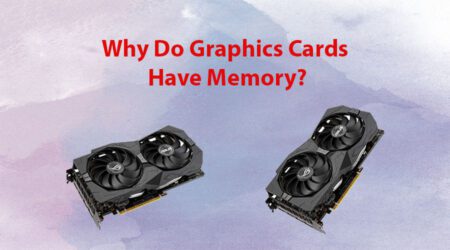 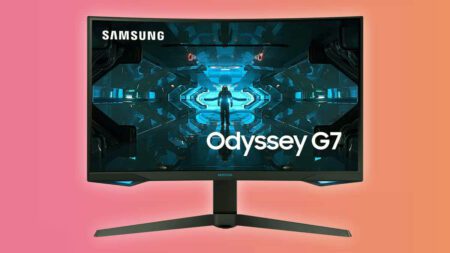 This article will provide you with the Best Nvidia control panel settings to optimize...

By Anthony
•
Updated 23 hours ago