How to Fix CPU Fan Error on Boot? Best Guide

The CPU fan error on boot is a typical problem that happens when Windows PCs or laptops are booted. This terrible error message is a warning indicator that indicates a CPU fan failure during boot or after an unexpected system shutdown due to overheating.

Many people are able to resolve the issue without having to replace the CPU fan. By adjusting several computer settings, we were able to narrow down the probable cures for the CPU fan problem.

So, if you’re wondering how to cure CPU fan issue, keep reading to learn how to remedy this vexing problem without spending a dime.

In a hurry? Check out my new post on Best AM4 CPU

There are a few possible causes of the CPU fan error yet the fan is operating. So, have a look at some of them below:

When is the CPU Fan Error Displayed

Typically, the CPU fan problem on start-up arises during the booting or starting phase of a Windows PC. And the following error notice will appear on your screen:

The issue usually shows during a Windows PC’s bootup or start-up procedure; it does not appear during normal Windows usage. The error message wording is often one of the following:

How to Repair a CPU Fan Error During Boot/Start-up

Those that use a Corsair, NZXT Kraken AIO CPU cooler attach the incorrect Fan Header to the motherboard. As a consequence, the motherboard will recognise this problem. Incorrect BIOS settings are another cause of CPU fan issue on boot.

1: Examine the BIOS settings for the CPU fan.

Perhaps you recently updated your BIOS or altered the boot settings. If so, perform troubleshooting to resolve the technological issues.

When the Fan Error appears, you will be instructed to hit F1 to enter BIOS. For various motherboards, the command to enter BIOS could be different.

Have you ever looked in your BIOS for a CPU fan RPM restriction or something similar? The fan error often serves as a warning that your CPU fan may not be operating at peak RPM.

Many people add a different type of CPU fan, such as Corsair, NZXT, or ASUS, which spins at a slower rate. The system is unable to accurately identify fan speed at this speed. Simply set the BIOS configuration’s “CPU Fan Speed Low Limit” to 300 RPM.

Check out our separate post on Best CPU under $300

Boot into your computer’s BIOS to solve it.

You can detect if anything is broken by looking at the BIOS fan error. If you ignore it, the heat might rise over the typical CPU temperature range, irreversibly harming your hardware.

However, if your CPU fans are operating but you still see a fan error on starting up your computer, follow these instructions.

If your machine already has a liquid cooling system, you may also set the CPU fan speed to Ignore.

It’s possible that you connected the CPU fan to the incorrect header. when the Primary Header is accidentally plugged in instead of the Fan header optional. Your motherboard will believe there is no fan attached, resulting in a fan error when you power up.

Try connecting the fan to a different slot if your system has various CPU fan headers. This can occasionally resolve the ASUS CPU fan boot fault.

6. Troubleshoot software by running it.

Sometimes the BIOS software is connected to the fan issue. Observe these guidelines:

Check to see whether the ASUS CPU fan error on boot/start-up fixes the issue now.

Most of the time, the issue is promptly resolved by upgrading the BIOS to the most recent version. Visit their website to update the BIOS version if you have an ASUS motherboard and the fan issue appears. The American Standard functions in the same way.

Also, check out our separate post on How Hot is too Hot for CPU – Temperature Guide

Not least, the CPU fan might need to be changed. Check to see whether the CPU fan is not functioning correctly before doing that by opening the side panel of the computer case. Then get a new fan and swap out the damaged one.

A member on the tech forum recommended this as a remedy. Since it worked for him, it can also help you with your issue.

When I would open the DELL and start-up, I would repeatedly receive this error. On the power supply, the fan functioned. The motherboard/fan processors were functional. The fan that wasn’t working was the one in front of the hard disc. On another PC, this fan was examined, and it performed well.

Well, the overheating of the computer can result in a number of additional major problems, including hard drive damage, unplanned system shutdowns, sporadic system slowdowns, freezing or hanging computers, etc.

Here are some basic suggestions to avoid PC overheating:

Go through our epic guide on Best Motherboards for i7 9700K

In any case, the CPU fan error on boot is a frequent yet extremely annoying error message. Here, I did my best to provide a list of possible solutions to the boot-up CPU Fan problem.

Now that you are fully aware of the cause, be sure to use the best preventative measures to stop the problem from happening again.

Why does my BIOS keep saying CPU fan error?

Simply put, this error informs you that your motherboard is unable to recognise a CPU fan. The problem should be quickly fixed if your BIOS is current and your air or AIO cooler is fitted correctly.

Can you bypass CPU fan error?

Start the BIOS. Go to the previously stated Advanced options. the Monitoring (Monitor) section should be located. In order to ignore and confirm modifications, adjust the CPU fan speed.

How do I fix the CPU fan error on my ASUS motherboard?

Select Advanced Settings from the CPU Fan menu. Locate the CPU Fan Speed option. Alter the default setting (600 RPM) between 300 and 450 RPM. When finished, click Save and verify that the problem still appears when the BIOS starts.

How do I ignore CPU fans in BIOS?

Go to the Fan control area of BIOS rather than the monitoring part. The “CPU Q-FAN Control – Enabled or Disabled” setting for the CPU fan headers should be enabled. The “CPU Fan Speed Low Limit” setting will then appear; set it to Ignore.

Testing an Installed Fan
SpeedFan should be installed.
Launch SpeedFan, then wait for it to finish retrieving data.
Analyze the data displayed in the main application window.
Compare the CPU fan’s RPM data to the typical RPM range specified in the handbook or specifications sheet for the device. 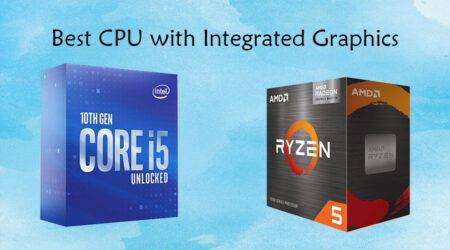 There are many sophisticated features on Best CPU with Integrated Graphics. Manufacturers distinguish their... 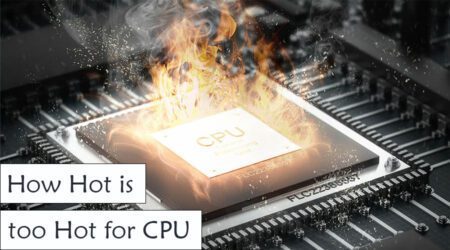 How Hot is too Hot for CPU – Temperature Guide

The most important thing you need to pay attention to is the CPU temperature....

How to Choose a CPU? Comprehensive Guide

The most crucial component of a computer is its processor, or CPU, which controls... 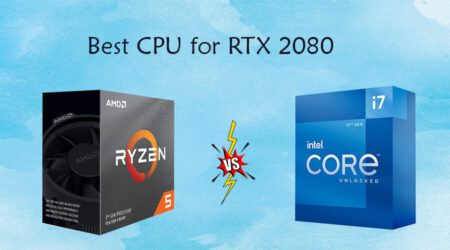 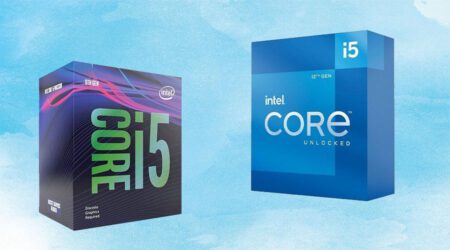 Out of a few must-consider factors prior to purchasing any component, spending plan is...